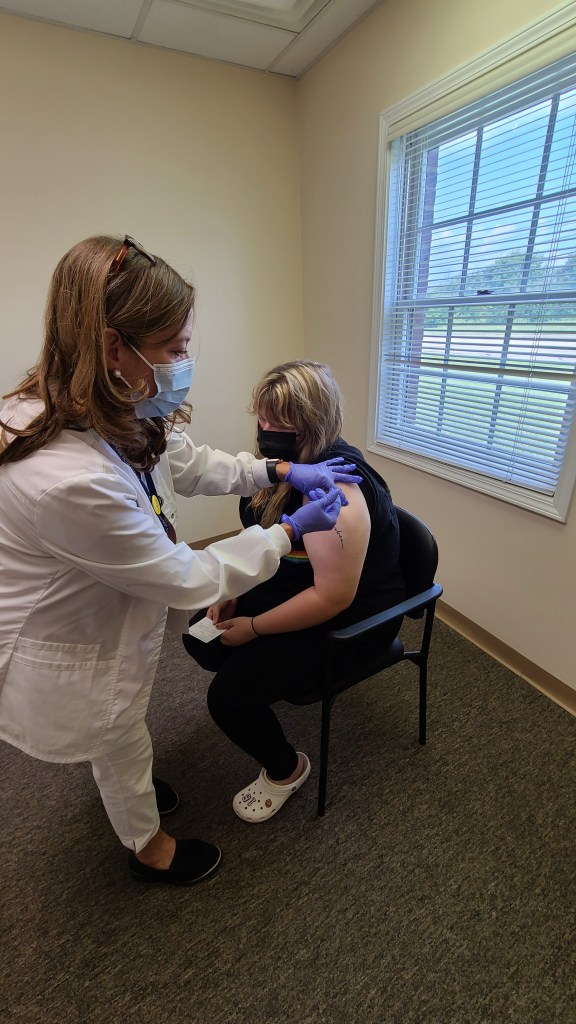 The Clark County Health Department is now offering third vaccine doses in accordance with CDC guidelines while continuing to administer initial doses to those who have yet to be vaccinated.

According to its website, the Center for Disease Control recommends anyone who is moderately to severely immunocompromised receive the third dose. The CDC does not currently one for any other population group.

“They’ve had an organ transplant, they are undergoing cancer treatment; they are taking high-dose steroids regularly or other kinds of medication that could impair their immune system,” Jennifer Burchett, the health department’s resident nurse administrator, gave as examples of those who make up the immunocompromised population.

One of the patients receiving a third dose on Tuesday was Sarah Atkins of Winchester. Atkins said she was receiving the dose because she suffers from an autoimmune disorder and is “taking a medication that is kind of like a cancer drug.” Even though Atkins had previously received two doses of Pfizer’s vaccine, she had reservations about a third dose.

“Is it too much or is it safe?” Atkins questioned.

Burchett said the third does is a powerful weapon for those with compromised immune systems.

“The thinking is that the folks who are immunocompromised really need that extra dose to get their system revved up to fight COVID-19,” she said.

Arrettia Lamb of Winchester said the rise of cases in younger people was one of the reasons she wanted her 13-year old daughter, Hayden, to get vaccinated. The other was for family reasons.

“She has a medically fragile father – we needed to make sure that he is protected,” Lamb said. “I want her protected. There are a lot of kids getting it now.”

One of the clinic’s youngest patients said he knows that getting the vaccine might be the difference between life and death.

“I felt like that if I got it would be better on me – I have a higher chance of surviving than dying,” said Devin Foster, 12, a student at Baker Intermediate School, after he received his second dose.

Those interested in getting their first dose of the vaccine are advised to call the Clark County Health Department at (859) 447-4482 and ask to speak to Lisa Thompson to schedule an appointment.