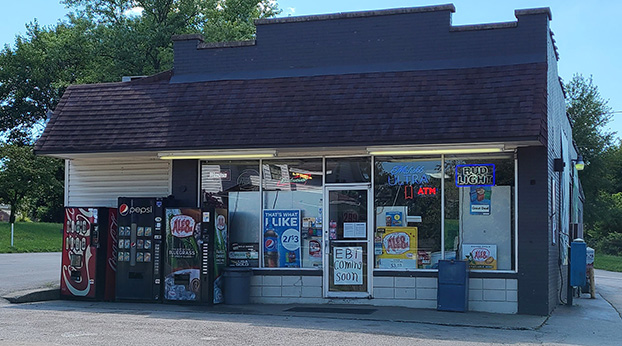 The Winn Avenue Market has provided groceries, sandwiches, and cold Ale-8s to Winchester for 45 years. - Photo by Warren Taylor

The Winn Avenue Market has provided groceries, sandwiches, and cold Ale-8s to Winchester for 45 years and will continue to do so – just without its long-time proprietor, David Burton.

Burton’s last day was Tuesday, Aug. 31, and the store is much the same as it was when he first opened its doors, with one noted exception.

“We carried just about everything I do now – except I didn’t sell beer at first,” Burton said. “We had canned goods, vegetables, milk, soft drinks, and lunch meat.”

The biggest difference between now and then is the cost of goods.

“Prices were a whole lot cheaper. I think that Ale-8 was 69 cents a carton,” Burton said.

Folks seemed a lot nicer, too, according to Burton.

“People were a lot more neighborly and friendly,” Burton said, also noting that people are still kind to one another today, just maybe a little less so.

He will miss his customers the most.

“It’s like the ones that have been there since I’ve been open, I’ve known them so long and [watched] their kids grow up they are like family to me now,” Burton said.

A life-long Winchester resident, Burton was born at the Guerrant Mountain Mission Clinic and saw a good business opportunity in 1976 after he got married and lost a job in the manufacturing field. His father was working on the store building, and when he found it was for rent, Burton decided that he would run it.

In the early days, it was just Burton and his now ex-wife running the store.

“There wasn’t much help,” he said.

Now, as it was back then, Burton said that it is hard to find people willing to work, and that at his age it is a lot to run a business, and so he decided “to turn the page” and begin a new chapter of his life.

After having a potential buyer back out, Burton said he was approached by Manny and Sonny Patel  to buy the store last fall. The two eventually made an offer that Burton accepted. He said that the two don’t plan to change much, if anything.

Burton plans to stay busy during his retirement.

“I may travel a little bit and take a vacation,” he said. “I’ve got a farm to work on and I’ve got some houses I rent out so I’ll be working on them some.”

And after 45 years that rest is well earned.