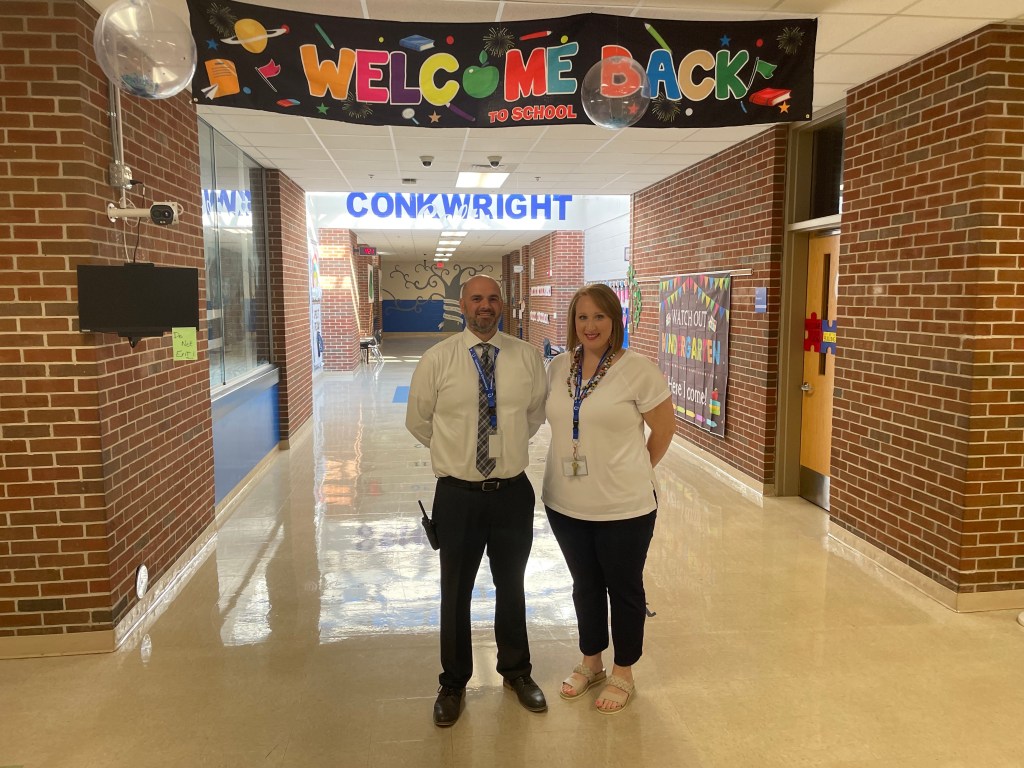 The state of Kentucky has over 1,000 public elementary schools. Thus, not everyone gets to take home a trophy when awards are given out.

Both will be honored in a ceremony at the KSCA Conference on September 16th in Lexington.

“I received an email Friday night telling me that my counselor had won Counselor of the Year through the Kentucky School Counseling Association. I was ecstatic”, said Marcum. “Like an hour later, I received another email saying I’d won the Principal of the Year. That was a shock because I wasn’t expecting that.”

This year, McGrath will also be presenting as a part of their three-day conference in mid-September.

At Conkwright Elementary School, there has been an emphasis on utilizing trauma-informed practices to help meet the needs of students, one of the initial steps taken when Marcum – now in his third year as principal – arrived at the school.

“I sat down with Kari, and we talked about how if we don’t start with the social-emotional needs of the students and our staff … We’re going to be in for a long ride”, Marcum said. “That’s where we decided to put all of our focus at first.”

As a part of the process, McGrath – who formerly worked for a community mental health agency – uses several techniques during an approximate 30-minute time period with each student.

“I use a lot of cognitive behavioral strategies, a lot of play therapy, and a lot of solution-focused counseling strategies,” said McGrath, who is also an advocate for bibliotherapy. “I feel like [that] works really well for kids.”

Stressing the need to work one-on-one with students who are struggling rather than immediately considering punishment for a student, Marcum noted that actions taken by staff are connected to the school’s overall mission statement of providing a safe and caring learning environment for all students.

Additionally, McGrath points out that having students in a place where they can be ready for a school day is essential – particularly if they enter the building under less-than-ideal circumstances.

“If a kid comes to school and they’re hungry, or if there’s something going on at home that’s not safe [and] they’re scared, they’re not going to remember what you’re teaching them,” McGrath said. “We have to get to that first, and then the academics will follow. Our data shows that. That’s something I think we can be proud of because we’re putting kids first.”

The reward for such an accomplishment is in seeing the kids succeed personally and academically and seeing staff collaborate.

“I’m thankful for our team here at school. I’m thankful for every single teacher in this building because they take ownership of this trauma-informed lens that we’re all using”, Marcum said. “[We want] to continue down this path that we’ve gone on and not lose focus of what the main thing is, and it’s to support each other socially [and] emotionally so we can get to the learning piece.”